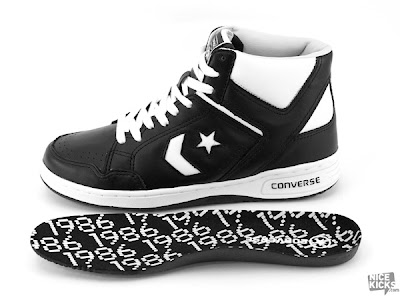 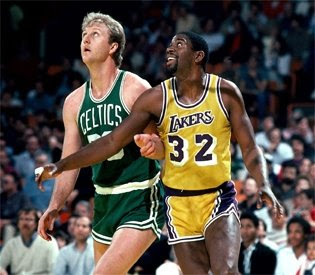 Well, it's that time again... let's see, the Celtics and Lakers are moving towards another showdown (hope hope!), and the men's Final Four this week had all sorts of pub for the 30th anniversary of the '79 battle between Larry and Magic, (I mean Indiana State and Michigan State!). That game really put the NCAA Championship on the map, but I got into the mix a little later, watching their amazing rivalry in the NBA during the 80s. Living in Massachusetts, of course I was and still am a Celtics fan. Go Celts! Now I'm gonna be reppin' them with my new Weapons... Thanks Converse, for bringing back the memories! 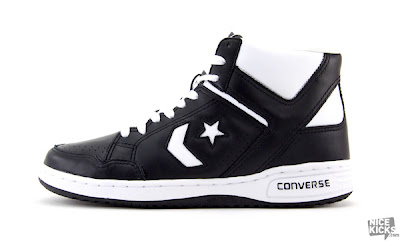 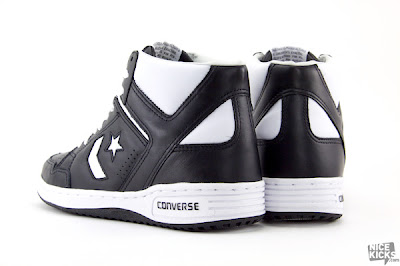 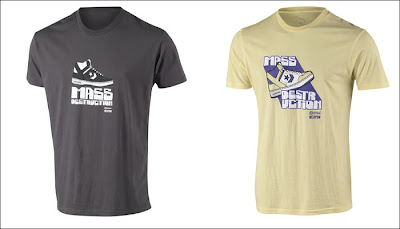 PS--the Weapons of Mass Destruction t-shirts are on sale for 5.99! Get something to match your new kicks... www.converse.com.

Thanks to nicekicks for the images.
Posted by lori at 10:49 PM