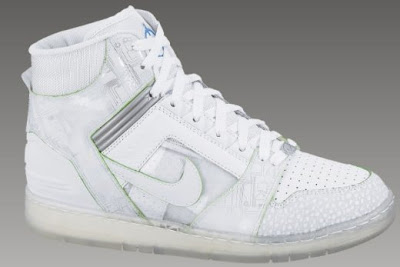 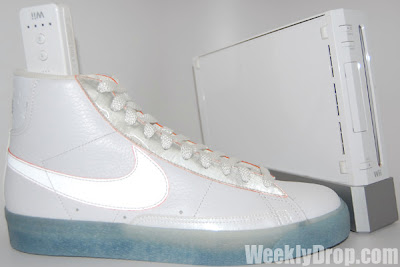 This is a fun, if obvious, cross-branding, and I think Nike did it well in both the Blazer and the AF2. Not only are both Nike and Wii are at the top of their games, but they got there by honoring the consumer with great design and fun details. These have both! 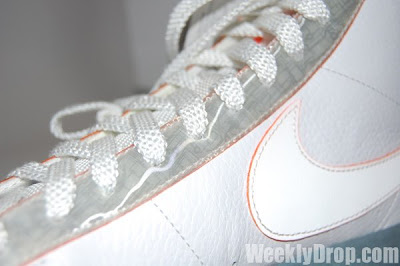 Featuring a light blue tint on the midsole, resembling when your Nintendo Wii is on, crimson red outline for off, while the majority of the shoes are white, as the Wii. The heel tab features Nike in metallic silver, like parts of the Wii, but also contains ostrich print. Laces are similar to the nunchuck that ties around your wrist, and the lace holes contain microchip print with a reflective finish. Lastly, the tongue has the power off symbol. Nintendo Wii pack available Summer 2009. 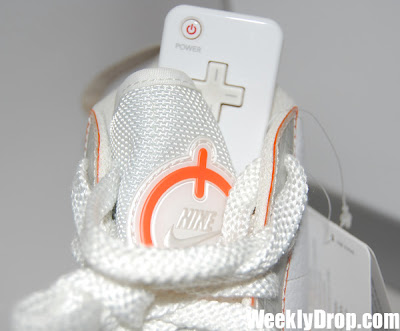 Rumor has it they're coming in sizes 6-15, although I'm not sure we'll really see the smallest of those. Holler if you do!

Thanks to weeklydrop for the heads up and images.
Posted by lori at 9:34 PM