She's a Keeper! My exclusive interview with Keep Sneaker's own Una Kim

Thanks to my sneaker crush on Keep sneakers, I had the wonderful opportunity to interview Keep's CEO Miss Una Kim! Let's take a look at how Una started Keep, her collab with alternative rock band Animal Collective and her upcoming plans for Keep. Check it..... 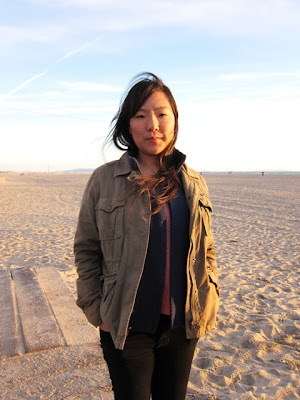 Hi Una, thanks for doing an interview with FSF! Here are a few basics, to make sure we get them right…

How did Keep Sneakers come about? What did you do before Keep, and what inspired you to start the brand?

Keep was born out of a frustration of only finding shoes that were only available in a miniaturized pink version of the guysʼ styles. In the early 2000s I was living in New York and skating a lot and all that was available were puffy pastel (generally pink) shoes that had too much going on.

The womenʼs shoes available then felt like something that had been produced by a corporate machine that assumed it knew what women wanted, but hadnʼt actually asked any of them, or at least none of the women that my friends and I could relate to. So, I decided to fill that gap in the market. From the very beginning, though, guys have liked our product so we expanded our size range to become “unisex” after the first couple seasons. I donʼt design differently for men or for women. I design with the intention of being true to the Keep aesthetic, not based on gender.

Before starting Keep, I worked in trend-forecasting and marketing consulting for the futurist, Faith Popcorn, focusing on youth culture and women in particular. I learned what made a brand appealing to me, and what didnʼt, but I also learned how much large companies spend to figure out their target market, but lack any real relationship or depth when it comes to truly being a part of culture.

I didnʼt have any experience in the fashion or footwear industry so the learning curve was steep, and some days still is, but itʼs been a truly rewarding experience and Iʼm very proud of Keep and the product. 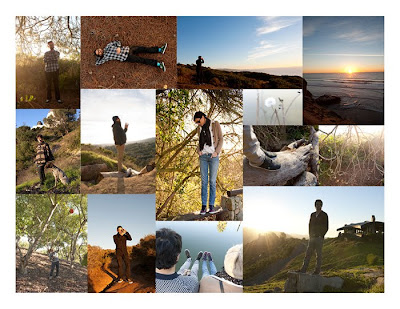 Why the name Keep?

I liked all the connotations that came with the word Keep. Thereʼs the concept of the keepsake, of course, where an object can hold a memory and be valuable enough on a personal level to want to treasure it. But I also like all the other uses of “keep” such as “earning your keep” which signifies independence or to “keep at it” which suggests perseverance.

What advice could you give to someone starting up their own footwear company?

When it comes down to it, you can do anything you put your mind to. The most important thing is knowing who you are, what moves you, what your values are, what your aesthetic is. You have to know what you like and donʼt like. For instance, I wanted something that was personal and actually came from real people at a small company.

Growing up in Baltimore, the punk and independent music and arts community was a huge influence on me. That community and upbringing really demystified the process of creating things. It taught me from my formative years that the difference between those who can and canʼt is simply a matter of those who choose to do.

Also, being the daughter of Korean immigrants, I was raised to believe in some version of the American dream. In many ways, my whole life has been geared towards independence, self-sufficiency and the belief in oneʼs ability to make things happen. The bottom line, though, is if you havenʼt lived and had great experiences, seen things that amaze you and inspire you, itʼs hard to figure out what you want to communicate.

I believe my upbringing made me a naturally hard worker, but also my involvement with things other than academic or professional work; music, playing in bands,booking shows etc, brought together that drive with a broader interest in the world around me.

Other entrepreneurs that Iʼve met from school, work and life have also been helpful. The funny thing is, people always say that itʼs the friend-of-friends who help you the most – so talk to everyone and be gracious. Having good relationships with people and keeping things real are so important and so rare; you have to really value it when you have it.

Being a woman in the footwear industry, what hurdles have you faced, if any?

I havenʼt noticed any recognizable differences in the way people treat me or Keep per se and in some cases our niche positioning has worked in our favor.

Our brand isnʼt trying to be a Nike, or a Supra, weʼre a different product and we definitely tread our own path. Some people donʼt connect with Keep but people who have discovered us along the way tend to become real fans. The people who connect with Keep feel something resonate with them on a personal level, typically beyond just the look of the product. Keep fans are the best fans. Thatʼs for sure

I think there can be a boyʼs club of sorts in the footwear industry, but it doesnʼt really affect Keep. We have our own culture, our own roots. Weʼre true to what we are and who we are. If youʼre independent, there is no sense of being on the outside looking in. Weʼre not looking anywhere but at our own world. I think the industry respects that authenticity and overall itʼs been very welcoming.

What inspires you each season that helps you create a collection?

I take inspiration from life, from the books I read, from the music I listen to, from the food I eat (and food is a big part of Keep!), from travel, from everything around me. Keep has a large extended family of creative and crazy minds all of whom feed in to the spirit of the brand.

Our styles are often named after people we know and love. One new design for Spring 2012 is The Rhys, a mid-top version of our high top with a 70ʼs influence and a sportier feel. Itʼs named after the actor Phillip Rhys who is one of the most hilarious, vibrant people we know.

Almost all of our fabric choices or colorways have a story behind them.I love narrative, and I love using design a vehicle for narrative, a language encoded in shoes. To me thatʼs what makes the shoes interesting, not just matching colors.

On the FSF blog, I posted the Keep Nuss from the Pretzel pack you did in 09. The pack is very unique and fun! What made you come up with that? 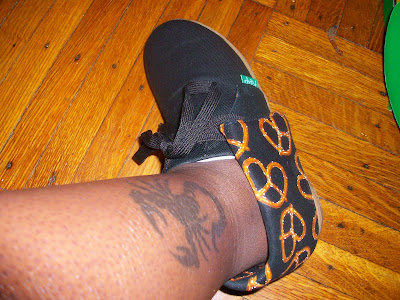 The pretzel pack was one of my favorites of all time. I loved the concept of having a graphic snack attack. Keeps are definitely craved in munchie-like proportions. When I was designing the pack, it was as satisfying as snacking. I live a very craving driven life, so I embodied those cravings in my designs.

Animal Collective. How did that come about? 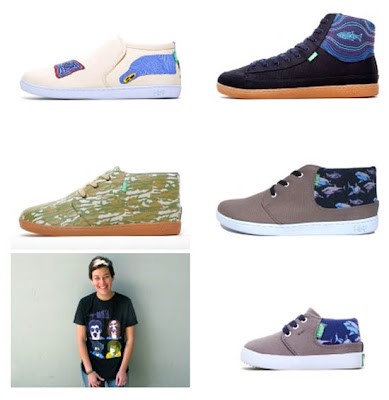 Animal Collective are old friends of mine from high school in Baltimore. Way back when, weʼd always talked about how rad our friends were and how some day we would do something epic together. I think our crew was pretty tightly knit back then, with lots of different tendrils branching off and intertwining. Ten years later, it was amazing to have gone on separate paths and then be able to bring it all together, and to support the Socorro Island Conservation Fund, an amazing cause.

Itʼs a non-profit that protects an incredible marine biosphere off the coast of Baja California. Two of the guys in the band have scuba dived there and fell in love with the area, so helping Socorro Island was really personal for them. Shark poaching and specifically shark-finning is a real problem in that area and this was something the guys from Animal Collective felt strongly about. We also wanted to work with a small organization like the SICF so we could really see where the money goes to work.

What other artists would you like to collab with? Are there any female athletes, musicians or other icons who youʼd like to work with?

Music, as Iʼve mentioned, was a huge part of my life and still is. X-Girl in the 90s, which was Kim Gordon and Daisy Von Firthʼs line, was one of the first brands I ever loved and was a massive inspiration. Iʼd love to do a project with Sonic Youth.

Weʼre definitely going to be moving forward and doing more charitable projects with other bands and musicians we love. We have some irons in the fire for our next collaboration, but itʼs a bit under wraps right now. Weʼll keep you posted.

What does the future have in store for Keep?

Itʼs been an uphill battle the past couple of years with the global financial crisis, but we were lucky and managed to push through. Weʼre in a good place and are stoked for all the projects weʼve got lined up. Stay tuned for a re-novation of our kidʼs line, more charitable collaborations, and our new season which is out now.

Oh and do you have any shout-outs? 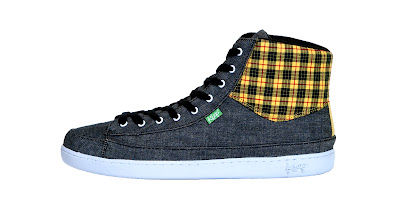 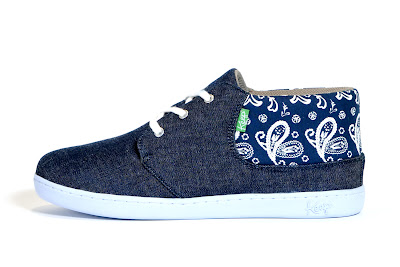 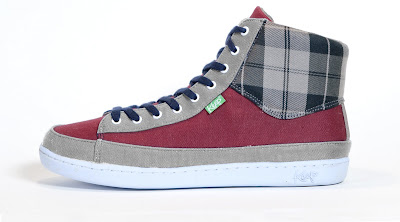 Shout out to Una from Keep sneakers for doing this interview! And to Helen for making it happen! :) To get your hands on a pair of Keeps, hit their website www.keepcompany.com