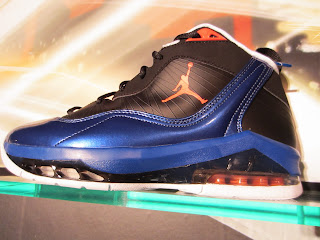 Another release event this past Thursday was for Jordan and New York Knicks Carmelo Anthony! The event was held outside, unbelievably at Pier 54 in Manhattan, which is also the pier the infamous and grand Titanic was supposed to dock! FETTi Fact! The new M8 consists of a black leather upper featuring flywire, and 6 Rings Blue patent leather! I like the front air pockets, as well as the shox like air chamber on the heel of the sneaker. This is Melo's 1st pair since coming to the NY Knicks, and from the responses last night at the event, it seems this may just be NY's official sneaker this Fall! 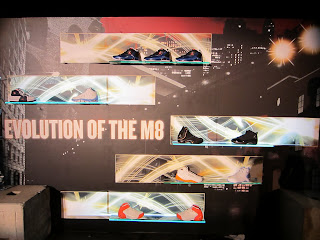 Melo kept us entertained by HOT97's DJ Enuff and Angie Martinez, and had a special performance from NAS!!! Alot of attendees were students from Eagle Academy in both The Bronx; which Swizz Beatz is involved with, and Brooklyn, which Melo is involved. The other highlight moment of the night was when sadly, Angie had to announce that Mr. E's class had to leave in the next 10 minutes! HAHA!! Put on BLAST!!! 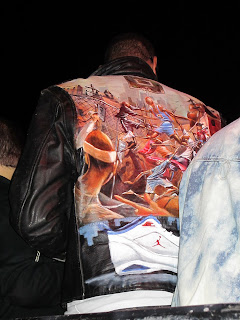 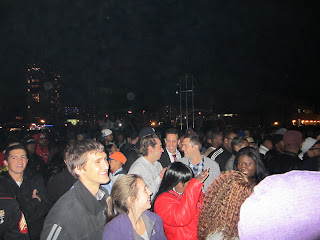 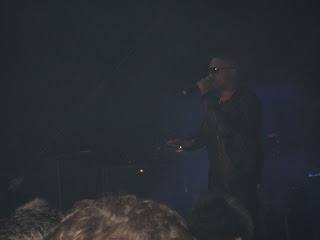 Carmelo sported his sneaker with a very sick custom made jacket by an artist Frank Morrison, which had graphic of Melo on the court with the M8 on the tail of the jacket. It was cold but we were all warm with sneaker love between us! Check out MORE PICS!!!
Posted by Unknown at 12:02 AM