Sneaker Budgetnista is what I crowned myself as of late. Usually I would throw down cash for a sneaker that I wanted but being that I became a "big girl" now it ain't that type of party. My two new sneaker purchases were absolute steals!! First up, is the Jordan Spizike "stealth" in black. I've seen these before when they first came out and wasn't too sure of them but when my girl and fellow FSF blogger Loni came down to NYC with them on I was like I need these! So I started my mission to cop these babies. Everywhere I looked had the retail price of 115. I was clearly not going to pay that. These have been out for quite sometime and there was no way they were still 115. I was just about to give up when the lovely Miss Feeway730 called me and told me that Niketown in Woodbury commons had them for 69.99 I was like for real?!! I'm on it! So I called Niketown and ordered them. With shipping and tax the total was $83.00. 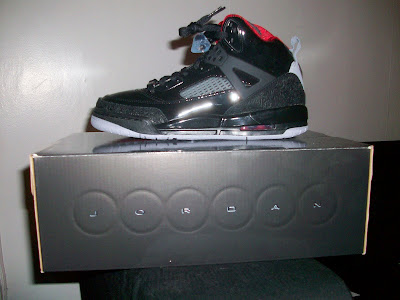 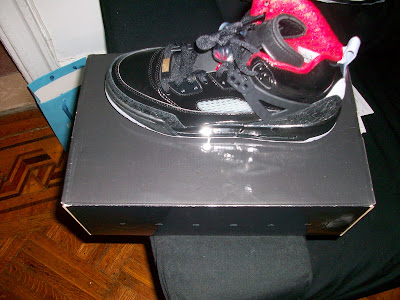 My next pair that I copped was the air max 1 silver foil for Opening Ceremony. This shoe was part of a pack that came out in 2008 for the 2008 Olympics. They had a gold and a silver pair and supposedly there was 60 pairs made of each colorway. I remember I wanted the silver pair but wasn't trying to pay $160 which is retail price. So I let them slide. Well two days before Thanksgiving I was on ebay just browsing some kicks when I saw them!! This seller was selling them in my size which is a wm sz 8(6.5 in men) for (wait for it) $35.00 w/free shipping!! I quickly pressed the buy now button. And the best part of it all is they have never been worn! They came in the mail yesterday and I was percolating around the house! Funny thing is Flight Club still has these for $160. Lol 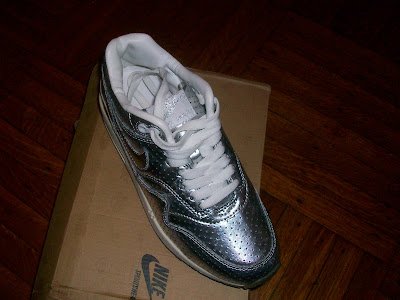 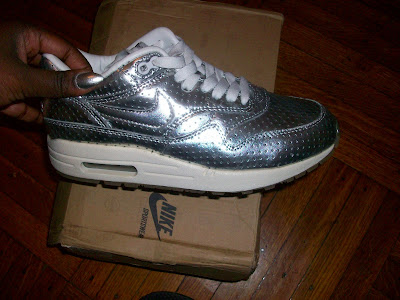 Now that I got two dope pairs of kicks at awesome prices, I shall be making it a new sport!