Its been a while

Hey guys!!!! I have been missing in action due to some really exciting developments for me on the art and design front, so I had a little bit of time today to check my in box for stuff to post, and mostly I found parties past, but here are a few things.
My friend Jenny's new line Yours truly launched this month, I found an old interview I never posted with Curtis from Dunk Exchange, and a few parties coming up, Like the MISSBEHAVE holloween bash....
Also look out and save the date, November 16th, we are hosting another NYC party for the Girls brand out of Cali, Black Mamba!!! YAY!!!!!!
And as far as shoes go,,,,,,,,damn I have not had a minute to get a singel new pair of kicks,,,, booo hooooo
But what do you all think of the awesome new layout at femalesnaekerfiend.com? 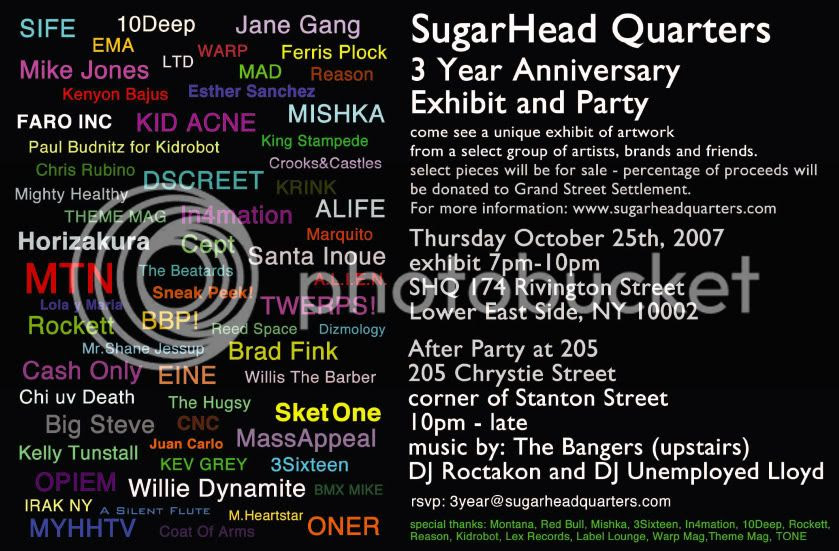 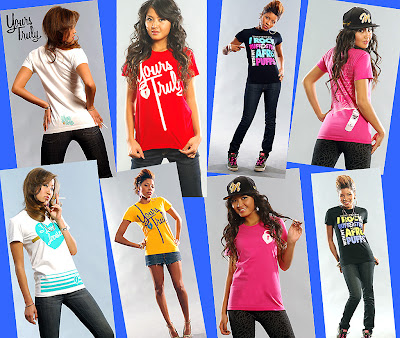 Check out my homie Jenny's new line at yourstruly.com 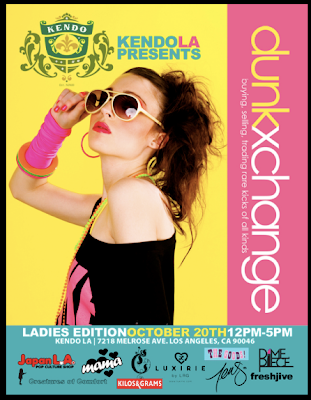 Here is an interview with curtis brown,one of the founders of dunk exchange he is age 24, and he's taken......

Where are you originally from? I was born in So Cal

Why is it called dunk exchange and not some other model, like force exchange?
The reason it is called the dunxkchange is because the shoe that had my partner was stressing so hard about was the dunk sb so the name is just from the history of the situation.

What can we expect from dunk exchange in the near future?
The dunkxchange just did its 2 year anniversary show in OC. We have it SF, LA/OC, Chicago, NYC, Miami, and Vegas in 2007. In 2008 we are doing a tour with 7 cities per season with the 7th city changing each season(la/oc, sf, chicago, houston, miami,nyc, philly, vegas, dc, boston) we are also working on canada, japan, aus. and europe in 2008.

what are your favorite pair?
my fav. pair of kicks is going to be my gino 1 sbs. I rock the heck out of them i think the foam in the heal is all gone haha its just a pair i like to rock. I will rock them while i am working on my house or to a nightclub.

Anything you want us all to know about you and dunk exchange?
One thing i need to say to people is that please dont call us asking for our support if you are trying to do a show like ours. We have worked hard to get to where we are at and it sucks that so many people are taking our show and not adding a unique idea to it. I am flattered that the show idea has become what it is but please if you want to do a show make it your own. Also fakes suck and we dont support the people who rock them.

Any shout outs?
shout outs go to all our sponsors for 2007
shmack clothing, orisue, akademiks footwear, triumvir, franco shade, fsf, rebel aire, sneaker pimps, and all the people who come out and support the sneaker community.
DUNKXCHANGE 2007 TOUR WE DONT STOP!!!!!! LOOK OUT FOR US COMING TO A CITY NEAR YOU WWW.DUNKXCHANGE.COM 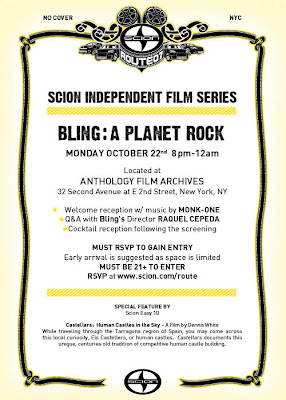 Hey female sneaker fiend! I would love to quote you on a feature article I'm doing on Curtis Brown.

What is it you like about the Dunkxchange? Besides the obvious passion you have for kicks.

Please provide your full name and age please. Thanks so much!