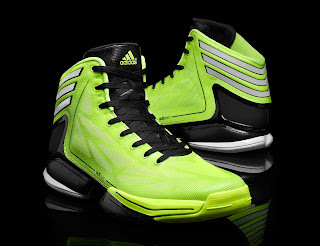 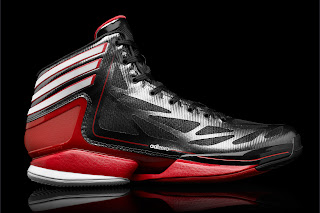 If it's as comfortable as the Crazy Light, which I still ball in regularly, count me in! 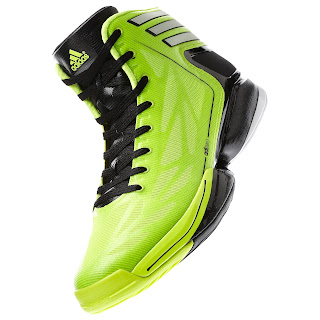 According to adidas, the increased strength of the adizero Crazy Light 2 comes from an enlarged asymmetrical SPRINTFRAME, allowing for maximum motion control. Designers added volume to the midsole for a more supportive base.  The new aerodynamic three-layer SPRINTWEB is the thinnest ever, with a tighter web that gives players enhanced vertical and horizontal strength. Overall, the shoe's new geometry allows for maximum weight savings, energy return and motion control. 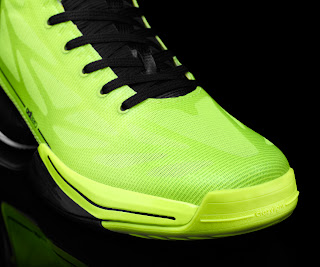 The adidas news website lists all sorts of elite men wearing these kicks: at the McDonald's All-American high school game, the men's Final Four, and the upcoming NBA playoffs. Funny, no word on the WNBA, women's Final Four or girls' Mc D All-Americans...  Come on adidas! 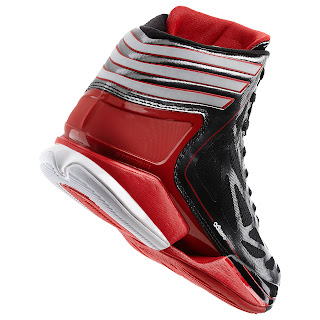 On sale May 24th, $140. They should start in a men's 6 or 7, which I appreciate. Check adidas.com, footlocker.com and eastbay.com.