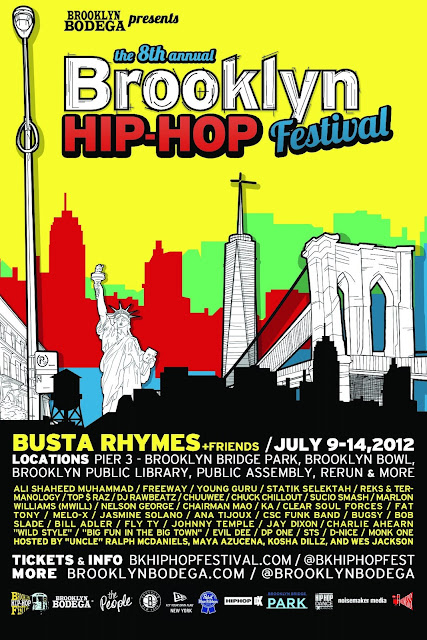 Also featured for the first time at the Brooklyn Hip Hop Festival...FTYA and OSD! Just got this from them today:

So at this year's *BHF* we will be throwing down a special edition of *"Frshr Than Your Avrge"* which will feature *Mr. Man of the Bush Babees*, *DJ Tony Tone of the Mighty Cold Crush Brothers* as judges and my co-host for the day, the super lyrical *Chip-Fu (Fu-Schnickens) aka Jungle Rock Jr. WE'RE
EXCITED ABOUT THIS OPPORTUNITY TO SHOWCASE THE CULTURE MERGED WITH SUCH LUMINARIES IN THE WORLD OF HIP HOP* *MUSIC.

We're Looking for 16 battle contestants to register for the FTYA sneaker battle starting NOW! if interested in competing send an email to ftya247@gmail.com. further instructions and details will be provided from there.

OSD* will also have a footwear exhibit on display as well curated by myself and Dee Wells. The footwear exhibit is called* "Sneakers & Hip-Hop". *The sneakers on display will show the marriage between Hip-Hop and sneaker cultures as well as the influence of certain sports on urban fashion.

After the Festival is over there will be an after-party being thrown by*Ali Shaheed Muhammad * at the Dumbo Loft, just a few blocks away.