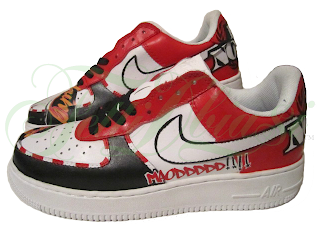 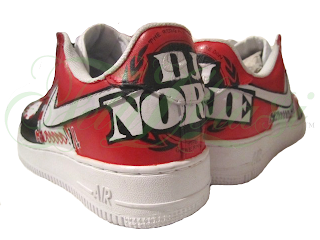 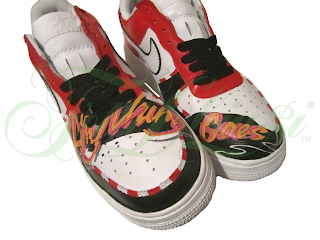 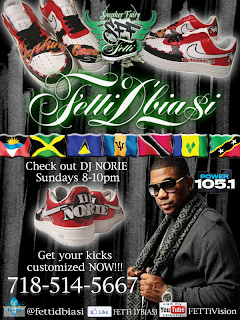 I designed these for DJ NORIE of NYC's radio station Power 105.1 FM as a Christmas gift from one of his friends. When they called me about the design, all they wanted was his logo on the back as you can see. After doing my own research about DJ Norie, I was able to add his phrase "Anything Goes" on the toebox areas, as well as "MAODDDDD!!!!" ("crazy" in caribbean slang). His friend said DJ Norie likes black mainly, but also red, so I was able to create a nice colorway of black/white/red which he can wear with just about anything when he spins at the club or up at the station on Sunday nights from 8-10pm.

Follow DJ NORIE on twitter and let him know his kicks are MAODDDDD!!!!
Posted by Unknown at 5:29 PM